Facebook has changed the way people do a lot of things online. For example, you probably notice yourself reflexively clicking ‘like’ on anything your friends post on Facebook, even if it’s just to acknowledge you saw it. Scammers are taking advantage of that reflex for a dangerous scam called “like-farming.” 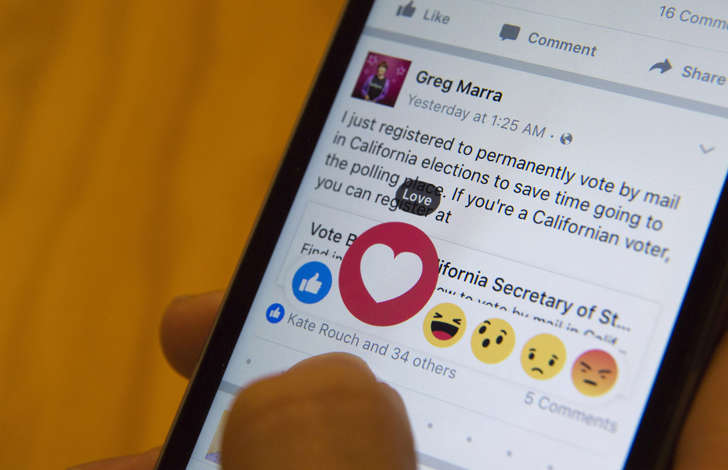 © AP Photo/Mary Altaffer Be careful what you like on Facebook. This gives the scammer more eyeballs for posts that trick people out of information or send them to malicious downloads. The big question, of course, is why Facebook doesn’t stop these posts before they get too big. And that’s where the real scam comes in.

How the scam works

Scammers have found a simple way to fly under the radar during the early phases of their operation. The story they originally post to Facebook has nothing dangerous about it. It’s just a regular story that anyone might post.

Only after the post gets a certain number of likes and shares does the scammer edit it and add something malicious. They might start promoting products or sell the page information in an attempt to get credit card data. In fact, if you go back through your history of liked posts, you might find that some of them have changed to something you wouldn’t have liked in a million years. By the way, if you’re not sure how to review your likes, click here for the step-by-step instructions.

So, what kinds of stories do scammers start with to trick people into liking and sharing?

Posts that should give you pause

One popular type of story is the emotional one. You’ve definitely seen the posts showing rescue animals and asking you to like if you think they’re cute. Or maybe it’s a medical story where you’re asked to like that the person was cured or to let them know they’re still beautiful after surgery.

Basically, any post that asks you to like it for emotional reasons, unless you know the person who created the original post, is quite probably a like-farm post. Of course, emotional posts aren’t the only types of post you need to watch for.

Other types of scam posts to avoid

There are a lot of scams on Facebook and most of them can be used for like-farming. A popular one, for example, is a post that asks you to like or share so you can win something cool. These pop up most often when Apple launches a new iPhone or iPad.

You might have seen recently during the huge Powerball frenzy people posting on Facebook saying anyone who likes their post will get a share of their winnings. How real do you think those were?

Just on Thursday, police in Australia warned Facebook users of a like farming scam that attempted to lure customers of Qantas Airlines.

What about brain-teaser posts, such as the ones that have you like or share if you can read the words backwards or solve a tricky math problem? Yep, those are often like-farm posts, too.

It isn’t just posts either; it can also be pages. A scammer might set up a page for “I love puppies” or what appears to be a worthy company or organization. It puts up enough content to get a lot of likes, then switches the content to spam and scams. Once you’ve liked the page, everything new the scammers put up goes on your News Feed and, in some cases, your friends’ feeds as well.

Your best bet to avoid like-farming is to be very judicious about what you like and share on Facebook. Don’t just reflexively click “like” on everything. Take a look at where the post is coming from. If it’s from someone you don’t recognize, it could be a friend of a friend or it could be a complete stranger. It would be good to find out.

Notice the content and whether it promises anything for liking or sharing. If it does, it’s a good clue that it’s a scam of some kind. The same goes if you feel pushed or pressured into clicking like or share.

Don’t forget that, in the end, minimizing your likes is more than just a good security measure. It also reduces the clutter in your friends’ news feeds, and their clutter in yours, so you can all spend more time seeing the really important posts. That’s a win-win for everyone.